There have been a number of projects and assignments that I've done over the years from the old High School days that have turned out to be reasonably decent so I've decided to pick out all the good ones and showcase them here.

These projects include:
- A Halo animation of a Marine examining and fighting the Flood,
- A 2D platformer game that merges Halo and Minecraft (Similar to the Halocraft mod for Minecraft),
- A Recon Helmet I've been constructing on and off for more years than I can count and I still haven't finished the damn thing! (lol)

As these projects get dusted off, compiled and polished they will begin to appear here. So keep an eye out, though I'm not setting an ETA, they're usually never anything close to accurate. 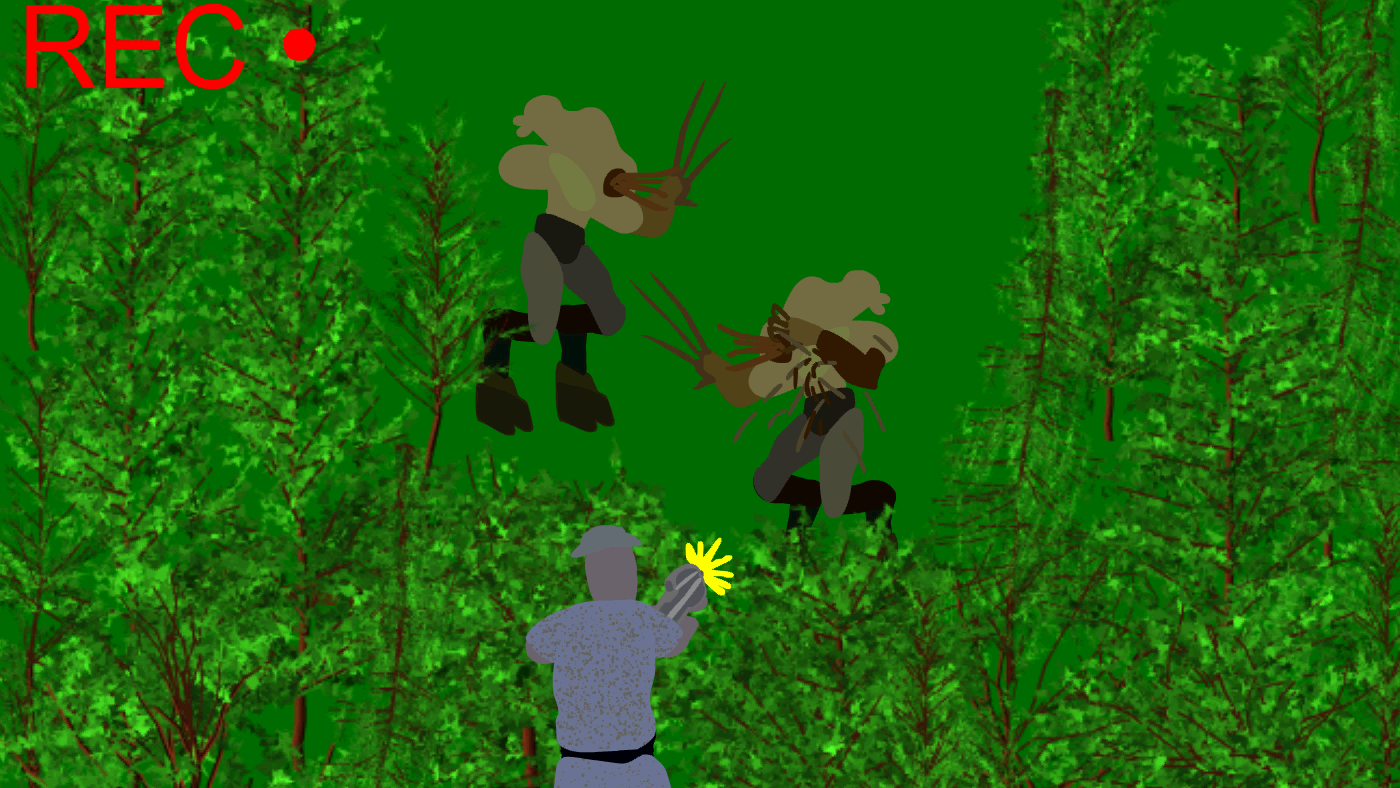 Here's a link to the Youtube upload of it. https://youtu.be/mUItpGTvrPo
In the description of the video is my write up / explanation of the project.

In about mid 2012 we were given another assignment where we were tasked to create a game of any genre using GameMaker. I of course did something Halo related again. Instead of rehashing everything I've said in an evaluation I wrote, I'll just post it here instead. But before that, here's some screenshots and the (mini) game download. 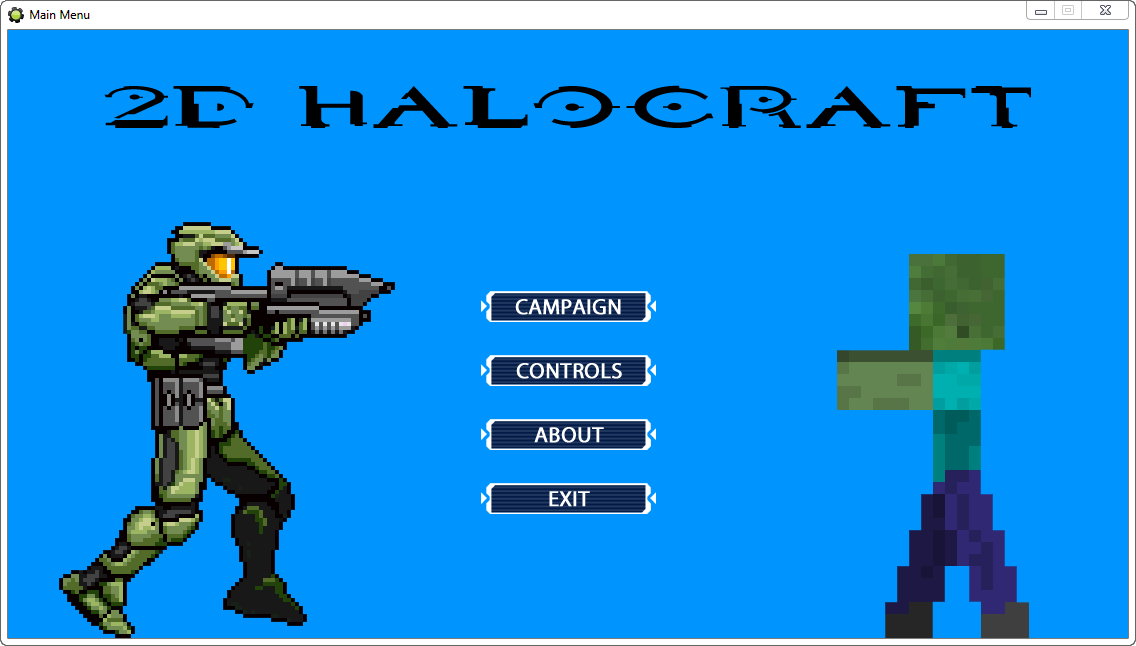 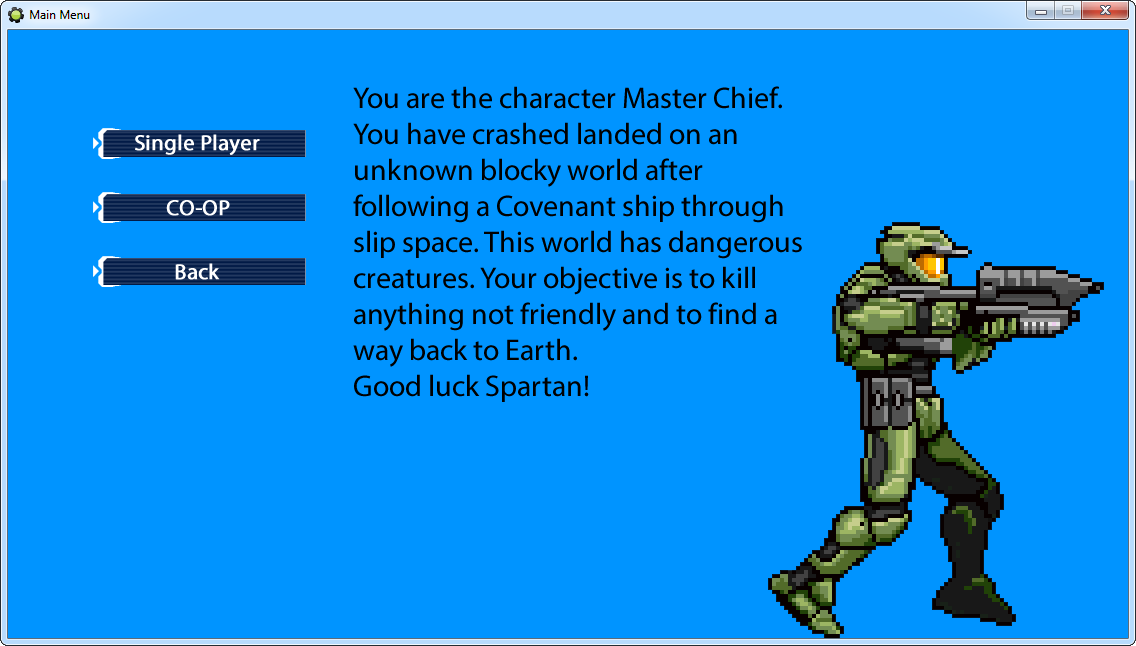 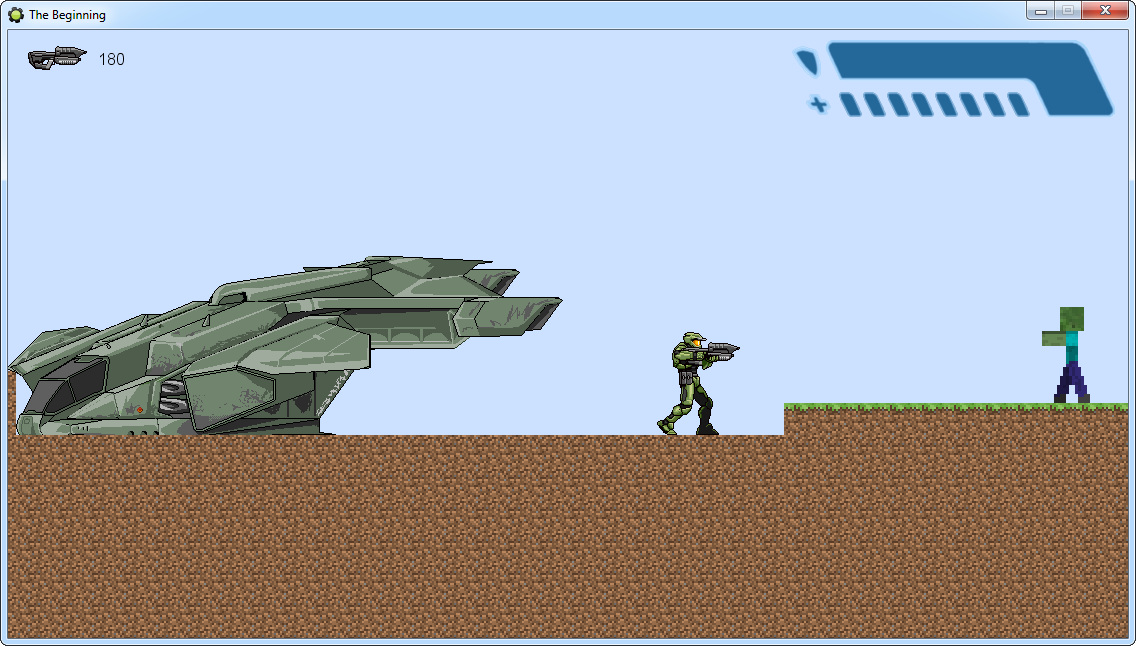 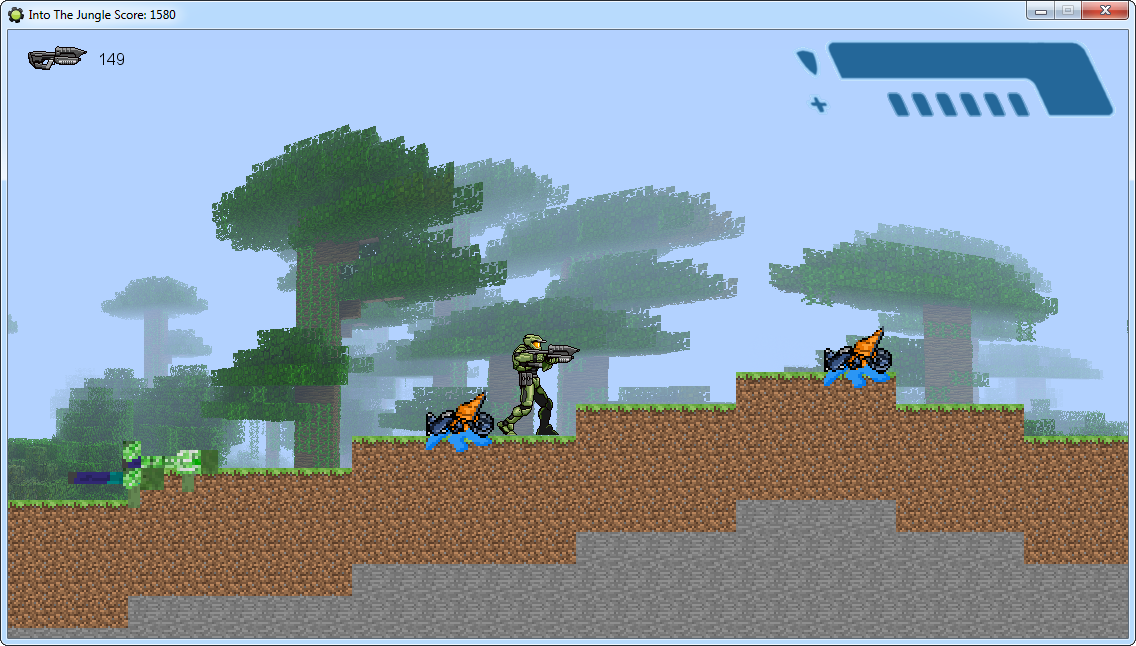 Here's the GameMaker project files for those who are curious. If anything's missing just message me one way or another and I'll update it: 2D-Halocraft-GameMaker-Files.zip

Here's a Youtube upload of a quick background summary and some gameplay: https://youtu.be/

The theme for this game was chosen because I am already making something similar in my spare time and I thought it would be easier to create a game that I already have most of the resources for. The process of designing 2D Halocraft has been very difficult but also quite enjoyable. The hardest part of making this game was the player’s movement and the health system. The code for the player’s movement took several attempts however it still contains several bugs like moon walking and the player’s sprite not looking visually correct in some stages. The player’s health system took quite a long time to create because there are 70 different sprites for each stage in the shields regeneration and 8 for the health which were all created from 1 image of the whole health system.
The levels were based off different locations on the Earth (e.g. forest, desert). The first level was a flat plain, the second was a forest, the third was a cave system, and the fourth was based off an underground stronghold from Minecraft which contains a portal to the end; and in this case Earth. When creating each map I mapped out the terrain and then added the enemies.
When coding the game if I ever came across a problem I couldn’t overcome I would either see what I could find on the internet or I’d look at some game examples I made in class. If I still couldn’t fix my problem, I would try and disguise it or work around it; except one very obvious bug where the enemies fly up through the blocks when they collide with walls which unfortunately couldn’t be fixed before the due date.
Things I like about my game are the player’s movement and the health system and player graphics. Unfortunately, all three of those could be fixed in some way to make it better but I didn’t have enough time to improve them.
If I had more time or had managed it better I would add more enemies like the Elites from Halo and the Skeletons from Minecraft, fixed up the shield recharge so it wouldn’t recharge instantly and add co-op mode where two people can play through the campaign together.
I feel pleased about the final result, most of the game turned out how I had wanted but I’m glad the game play is smooth. As the game progresses it gets harder to survive because there are no health packs anywhere to heal yourself so you have to be careful to not die and to start over. Sometime shooting is annoying because some of the enemies are shorter so you have to crouch and shoot to hit them, but that makes it harder to kill those pesky creepers; which adds difficulty. All in all, I am reasonably satisfied with the final version of the game and hope that anyone who plays it enjoys it very much.

Written by: My younger self from 2012.
~Glitchy Scripts